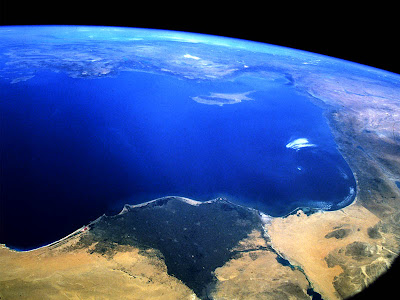 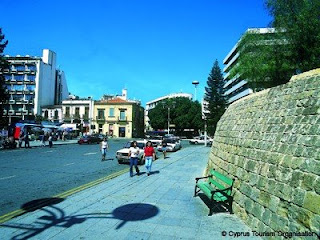 Lefkosia, the capital city of Cyprus, and also the last divided capital of Europe, is home to lavishly decorated churches and the island’s foremost museums. Among them are the Cyprus Archaeological Museum, the Ethnographic Museum , the Byzantine Museum, the Museum of the National Struggle, the State Gallery of Contemporary Art, and the House of Chatzigeorgakis Kornesios.

The old walled city of Lefkosia is unique and definitely the place to head for first. Encircled by strong fortress walls built by the Venetians in the 16th century, the enchanting old city is scattered with buildings and monuments of historical interest as well as shops, cafes and tavernas. Its pedestrian section, "Laiki Geitonia", has been carefully renovated to evoke the atmoshphere of past days.

In the countryside you’ll find ruins of the ancient city kingdoms of Idalion and Tamasos near the villages of Dali and Politiko respectively. One may also visit the Fikardou village which has been declared as a monument and was awarded the Europa Nostra award in 1987. 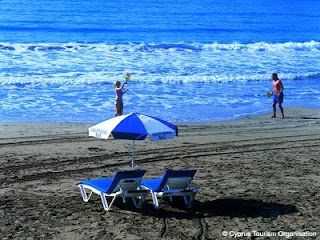 Larnaka, one of the oldest continuously inhabited cities in the world, is the modern gateway to , known for sights such as the beautiful and leisurely Palm Tree Promenade.

As the home of the island's main international airport, Larnaka offers many visitors their first taste of . One of the first sights is the beautiful salt lake, home in the cooler months to colonies of graceful flamingos and other migratory birds. Beside the lake, in a tranquil setting crowned by lush palms, is the Hala Sultan Teke, built to the memory of Prophet Mohammed's aunt.

Further west at Kiti village is with its famous mosaics. 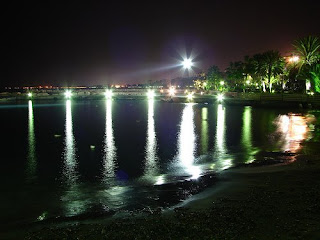 Lemesos is a lively and cosmopolitan resort located on the coast of the . It blooms with a long cultural tradition offering much to every visitor. It gives the possibility to the visitors to attend a great number of activities and visit many museums and archaeological sites, combining in a unique way, ancient, Frank, Byzantine and other modern historic influences.

In the heart of the city itself you’ll find the , housed in the imposing mediaeval fort where, in 1191, Richard the Lionheart married Berengaria of Navarre and crowned her Queen of England.

Some 19 kilometres west of Lemesos, is Kourion, one of the most impressive archaeological sites not just in but in the entire . To the east (11km east of the city centre) is another important ancient city-Kingdom, Amathous. Do not miss a visit to the impressive mediaeval and its panoramic view from the top as well as a drive through the vineyards and the orchards in the area of Lemesos. 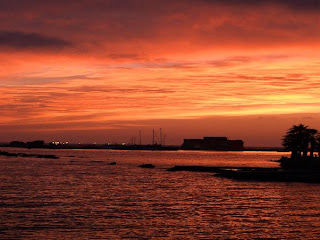 Paphos boasts a number of unique claims to fame: it was here that Aphrodite, goddess of love, walked in from the sea to found a thousand love cults across the Hellenic world. It was here that Agapeanor, leader of the Arcadian contingent to Troy, was shipwrecked and it was also here that St Paul stopped off on his way to Rome for a quick conversion of the local proconsul.

Paphos is a city where myth and reality mingle freely and where you can see Roman villas, Byzantine churches and Crusader castles within a few minutes walk of the harbour. It is also a city that is facing similar developmental pressures to the rest of Cyprus, although it does enjoy some protection as a UNESCO world heritage site.

Paphos sprawls above the old harbour area in a haphazard fashion; contemporary hotels mingle with ancient buildings as they climb an escarpment first settled by the Byzantines in the first century AD. Traditionally two settlements made up Paphos: Kato Pafos (the harbour area) and Ktima (the hill), but these have recently merged as high-rises fill in the gaps in-between the two.

The airport nearby means that the city is easily accessible and its location as the gateway to the less developed north (and the untouched Akamas peninsula) has also attracted visitors. 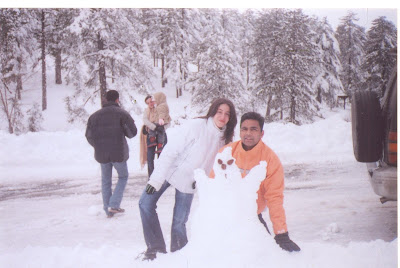 The impressive Troodos mountain range stretches across most of the western side of Cyprus, offering cool sanctuary and idyllic hours spent in long walks in its scented pine forests in summer and winter sports and ski-ing in winter.

Here are the many famous mountain resorts, Byzantine monasteries and churches on mountain peaks, and nestling in its valleys and picturesque mountain villages clinging to terraced hill slopes.

The area has been known since ancient times for its mines, and in the Byzantine period it became a great centre of Byzantine art, as churches and monasteries were built in the mountains, away from the threatened coastline.

In the Troodos mountain range, besides Machairas to the east, and the actual Troodos district around Mount Olympus (height 1951 metres), there are four other districts, each of which has its own character and separate charm. These districts are: 1. Pitsillia to the east of Mount Olympus, the 2. Solea Valley and the 3. Marathassa Valley to the north of Mount Olympus, and the 4. Krassochoria (the Wine Villages) to the south (north-west of the Limassol district).

These districts are easy to reach from either Limassol or Nicosia. 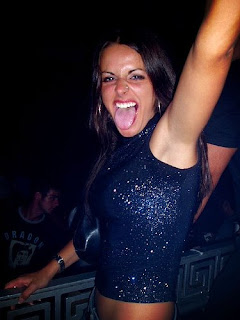 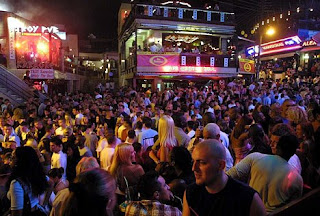 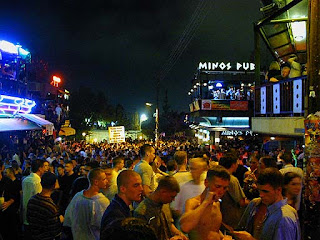 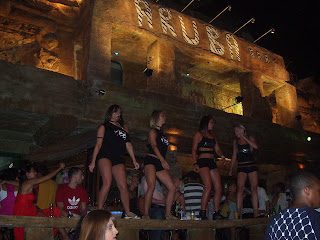 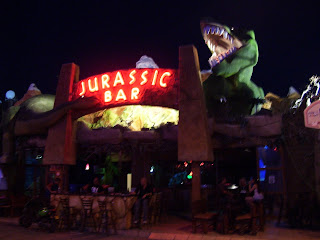 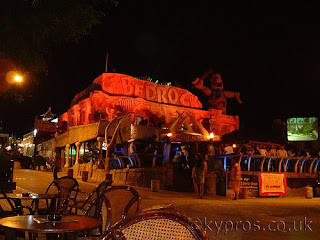 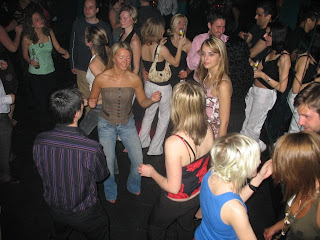 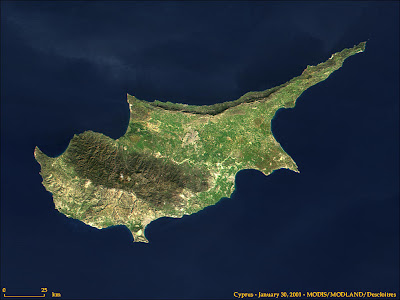 History in dates as far back as 7000 BC, the Neolithic Age, with settlements along the north and south coasts of the island.

After1400 BC, the first Greeks came to the island, Mycenaen merchants, who started the Hellenisation of the island.


By1050 BC can be considered a Greek island, with the language, culture and religion of well established. has ten city-kingdoms and by 800 BC it is a flourishing and prosperous country.


From750 BC is conquered several times by , and . In 333 BC Alexander the Great claims for part of his empire. continues to be part of the Hellenist Empire until 58 BC.


In 58 BC becomes part of the . is converted to Christianity whilst in and becomes the first country governed by a Christian.


After the division of the Roman Empire Cyprus becomes part of , with as its capital.
In1191 AD Cyprus is defeated by the crusader Richard the Lionheart. The island is then sold to the Knights Templar, who resell it to Guy de Lusignan. From 1192 to 1489 is ruled under a feudal system and Catholicism becomes the official religion.
In1489 control of the island passes to the Venetians who takes steps to fortify the island and build walls around the towns of and .
In1571 Ottoman troops invades the island and becomes part of the . Islam is introduced to the island and Catholicism is expelled. The Greek Orthodox religion is restored.


IN1878, under the Cyprus Convention, assumes administration of the island although it remains part of the . In 1914 however, when the Ottomans entered the 1st World War on the side of the Germans, annexed the island. In 1923 relinquishes all rights to and in 1925 is declared a Crown colony.
An armed struggle breaks out in 1955 against colonial rule, which lasts until 1960 when the island is granted independence.


In 1963 Turkish-Cypriot ministers withdraw from the Government in protest at proposed changes to the Constitution and threatens to invade.


In1974 the Greek junta instigates a coup in against the Cypriot Government and uses that as an excuse and invades the island. 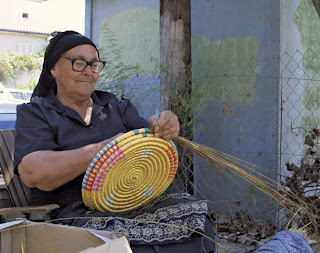 Cypriots are very proud of their cultural heritage, which stretches back more than 9000 years. has many Traditions & Customs, Cypriot culture is reflected in the rich folk art of the island.

Age-old crafts, handed down from one generation to another, are faithfully carried on to this day by skilful hands and nimble fingers, fashioning handcrafts, both decorative and useful, that would grace any home. It is probably no surprise with a history so long, that is remarkably rich in culture. 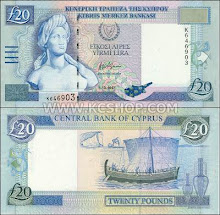 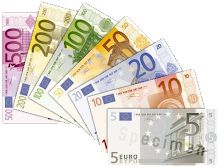 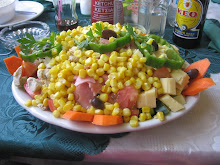 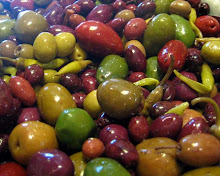 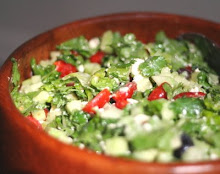 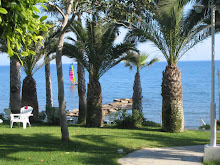 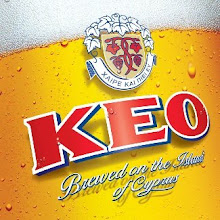 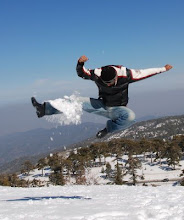